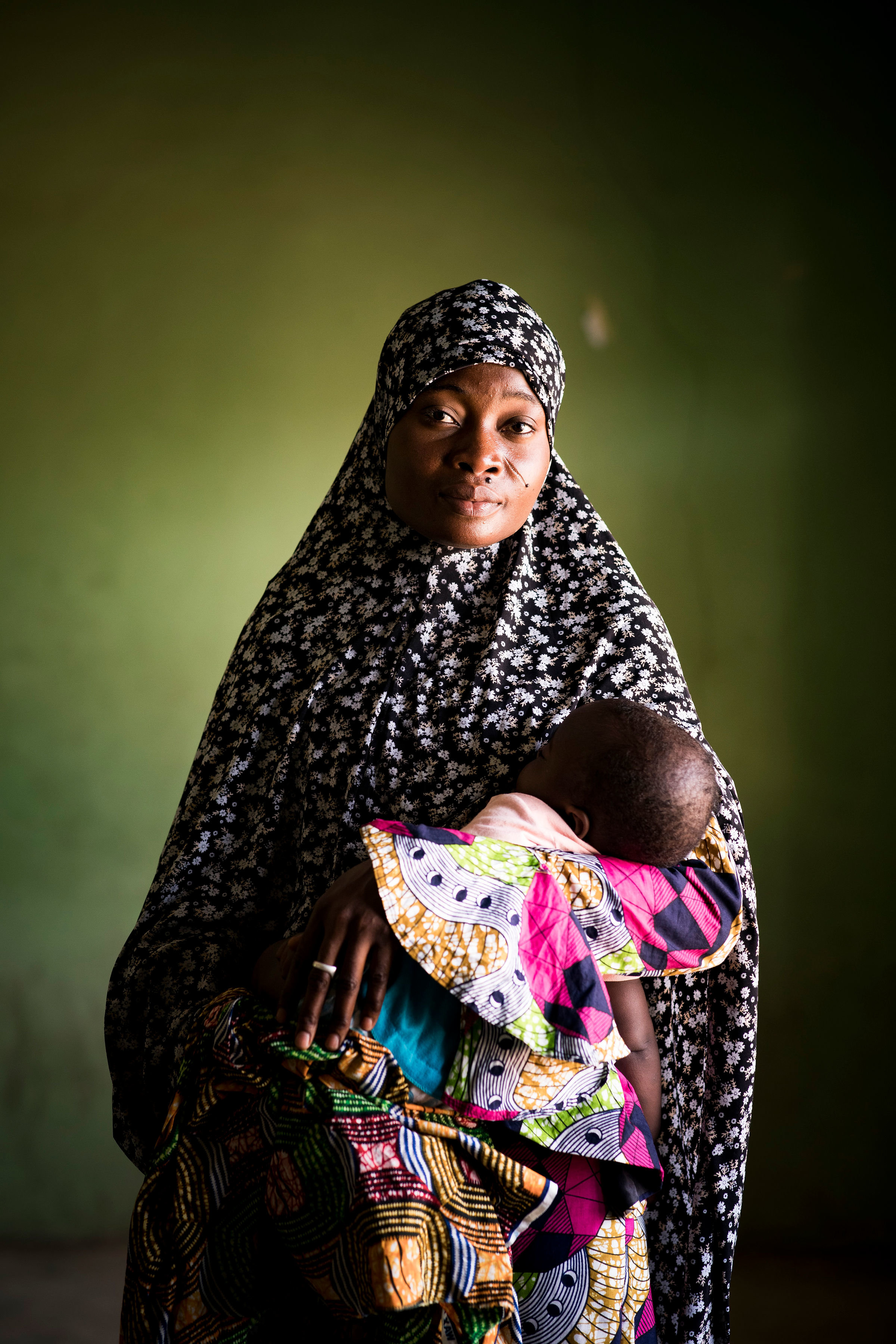 Amina Abdullah Asiz is a 25 year old mother of two, who lives in Adudu Ward in Obi Local Government Area (LGA) with her husband, a fuel and petroleum seller, and her in-laws.

Amina first used ETS when she was pregnant with her second born Maimuna. Her labour started at around 7 pm, while it was raining heavily. They found themselves stranded at home with no way of reaching a hospital, until her husband remembered an announcement he heard at the local mosque about ETS. He quickly found the number for who to contact in his LGA. The National Union of Road Transport Workers then quickly called a nearby ETS driver, Bilyaminu Mohammed, who arrived at Amina’s house in about 15 minutes. She was immediately taken to Adudu Primary Health Centre (PHC) that was just a short journey by car. After experiencing severe difficulties delivering, the health workers at Adudu PHC decided that Amina needed to be referred to the higher-level general hospital in Obi, to receive more appropriate obstetric care.

The ETS driver had waited at the health facility and was quick to set out to transfer Amina to Obi General Hospital. The heavy rainfall made the journey long and difficult, but Bilyaminu was determined to get Amina to the hospital. As they were on the road from Adudu to Obi, the unimaginable happened – they came across armed robbers who had barricaded the road. Organised groups of armed robbers are quite common in this part of Nigeria, mostly operating at night targeting moving vehicles and kidnapping passengers for ransom. Amina’s contractions were getting stronger and she was in indescribable pain. The armed robbers approached the car, yelling at the passengers to lay flat in their seats. They came across Amina, who was terrified and feared for her life and for the life of her baby. However, to her surprise, the armed robbers, seeing the passenger was a pregnant woman suffering in labour, spoke to each other and she recalls “and then something happened. They started opening the barricade and decided to let us go past”. She explained that the robbers saw the yellow reflective jacket, normally worn by ETS drivers, and associated this with a pregnant woman in labour. Bilyaminu begged the attackers to let them through.

Upon reaching Obi General Hospital, they found out that the gynaecologist was not there. Bilyaminu left Amina in the care of the nurses and set out to find the doctor at his home. He swiftly returned accompanied by the doctor he set out to pick up, who in turn was prompt in assessing Amina’s condition, and an hour later she had successfully delivered Maimuna.

Amina adds that if it were not for ETS drivers and the scheme, she feels that she wouldn’t have survived that night. She remarks that on top of it being late at night and her condition being critical, the heavy rainfall would have deterred any other commercial driver from making the trip, let alone taking the initiative to transport her from health facility to health facility like Bilyaminu did.

Amina and her husband are forever grateful for Bilyaminu’s efforts that night. When they offered him money, they were surprised to learn that it was a voluntary scheme, and the services provided were free of charge. Even though they insisted he took the small token, Bilyaminu refused as his reward was knowing that Amina and her baby were well. Amina’s husband, she says, went to see their Ward’s Union Focal Person the following day to explain what had happened and to express his amazement in finding out the driver would not accept any form of payment. 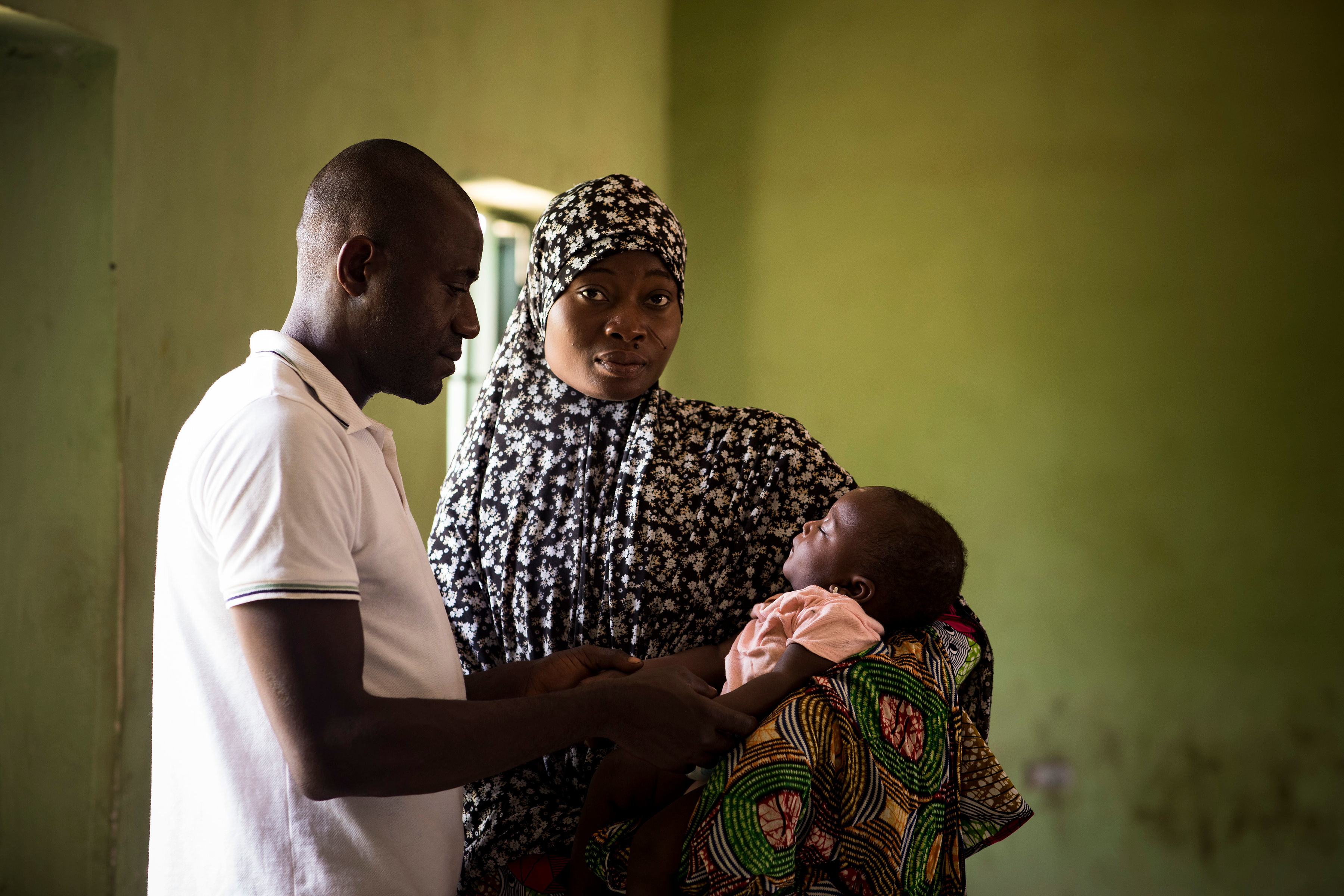 Amina and her family thought long and hard for a way of repaying Bilyaminu for the gift of their healthy child and decided on the only thing they knew would honour him. Naming ceremonies are a very important rite in a child’s first days of life in Nigeria, since Maimuna is a girl and could not be given Bilyaminu’s name, Amina and her husband decided to name her after his mother, Maimuna. This gesture carries extreme value and the gratitude felt by the baby’s parents towards the driver.

Amina’s life as a mother has changed drastically since the coming of ETS in her community, she remarks. Having encountered both physical and financial barriers to accessing health services in the past, Amina was concerned about giving birth to Maimuna in the same circumstances. Luckily, the scheme has given her the freedom and opportunity to choose to deliver at a health facility, surrounded by skilled birth attendants who would ensure her risks associated with childbirth would be minimised. She has taken it upon herself to spread the word to other women about the existence of ETS, and she wishes that more community will gain access to this life saving scheme. 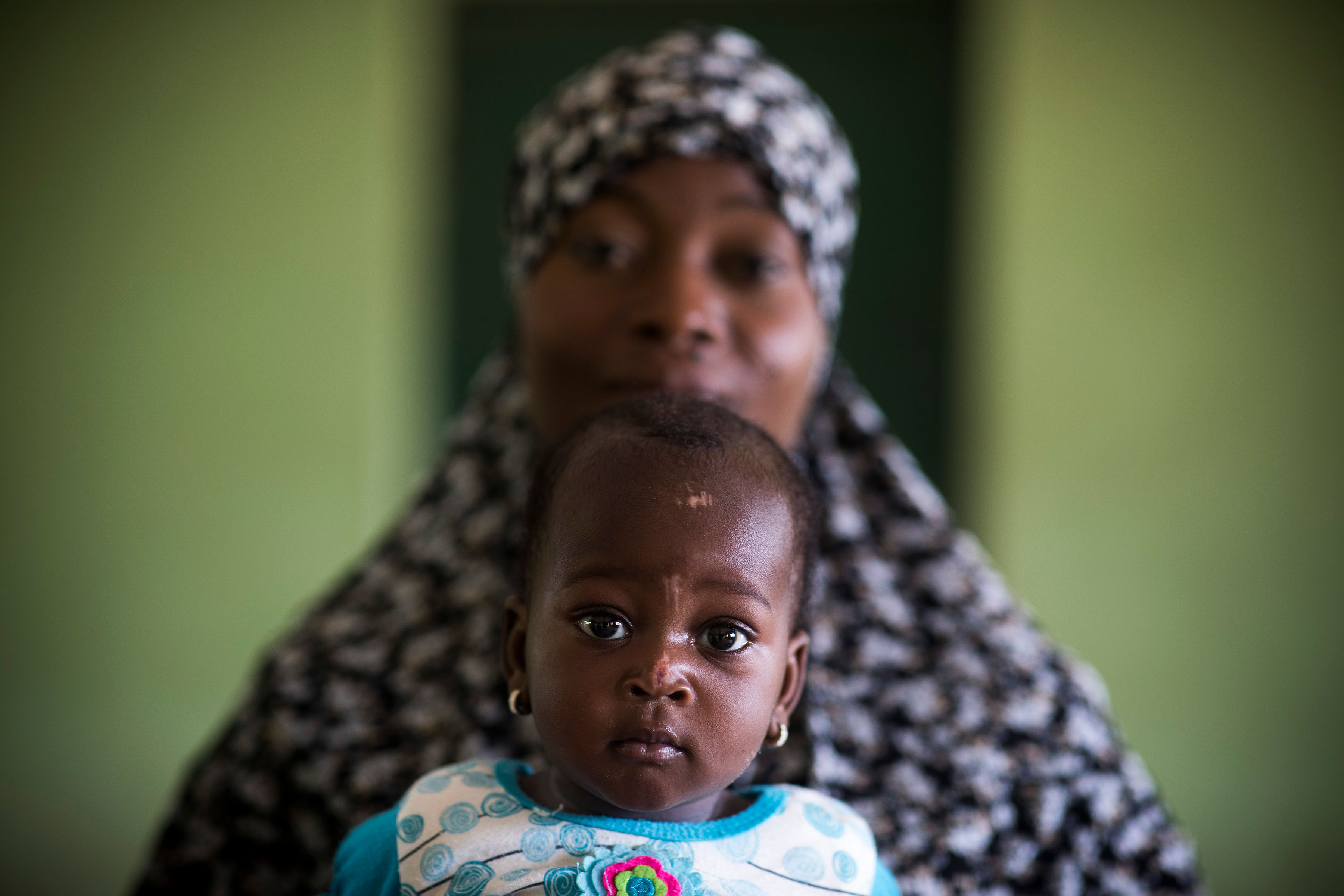 We use cookies on our website to give you the most relevant experience by remembering your preferences and repeat visits. By clicking “Accept All”, you consent to the use of ALL the cookies. However, you may visit "Cookie Settings" to provide a controlled consent. Read More
Cookie Settings Accept All
Manage consent

This website uses cookies to improve your experience while you navigate through the website. Out of these, the cookies that are categorized as necessary are stored on your browser as they are essential for the working of basic functionalities of the website. We also use third-party cookies that help us analyze and understand how you use this website. These cookies will be stored in your browser only with your consent. You also have the option to opt-out of these cookies. But opting out of some of these cookies may affect your browsing experience.
Necessary Always Enabled
Necessary cookies are absolutely essential for the website to function properly. These cookies ensure basic functionalities and security features of the website, anonymously.
Functional
Functional cookies help to perform certain functionalities like sharing the content of the website on social media platforms, collect feedbacks, and other third-party features.
Performance
Performance cookies are used to understand and analyze the key performance indexes of the website which helps in delivering a better user experience for the visitors.
Analytics
Analytical cookies are used to understand how visitors interact with the website. These cookies help provide information on metrics the number of visitors, bounce rate, traffic source, etc.
Advertisement
Advertisement cookies are used to provide visitors with relevant ads and marketing campaigns. These cookies track visitors across websites and collect information to provide customized ads.
Others
Other uncategorized cookies are those that are being analyzed and have not been classified into a category as yet.
SAVE & ACCEPT